-The 1st National Cestoball Tournament in India marks a milestone for our sport.

In an unprecedented event for Cestoball, a sport created in Argentina by Prof. Enrique Romero Brest, the 1st National Cestoball Tournament in that country was carried out in the Indian city of Gujarat.

This event, attended by almost 500 players, involved the participation of both feminine and masculine teams of Senior category from 23 Indian States.
In the masculine league, the Gujarat Team got the 1st place, followed directly by Karnataka in 2nd place, and Delhi Team in 3rd place.

For the feminine league, Andra Pradesh Team won the tournament, followed by Maharashtra and Karnataka.

This event was originated on November 2018 when the first talks were held between Mr. Aquib Mohammad, Secretary of Cestoball Association of India and the authorities of Argentine Cestoball Confederation.

Since then, both parties have maintained conversations in order to coordinate the development of the tournament, closely followed by the Argentine Confederation, providing training and experiences related to this type of events.

The level of involvement implied days of constant conversations between the Secretary of Cestoball Association of India and the authorities of the Argentine Cestoball Confederation. For this reason and commitment with the sport, the Argentine entity thanks Mr. Mohammad and the entire Executive Committee of the Cestoball Association of India, highlighting the organizational capacity for developing and carrying out the tournament.

In the following months, it is expected to organize an exchange of visits between the authorities of both entities in order to cooperate in new projects. Meanwhile, Cestoball Association of India has already informed, as next objectives, the implementation of the National Cestoball Tournament for Junior and Sub Junior categories with the participation of 110 teams, the Federation Cup integrated by 8 feminine and 8 masculine teams, and the implementation of the Regional Cestoball Tournament, among other events. 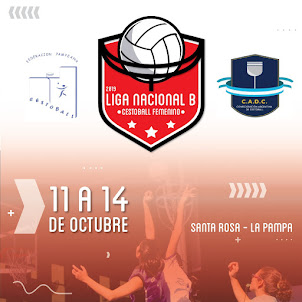